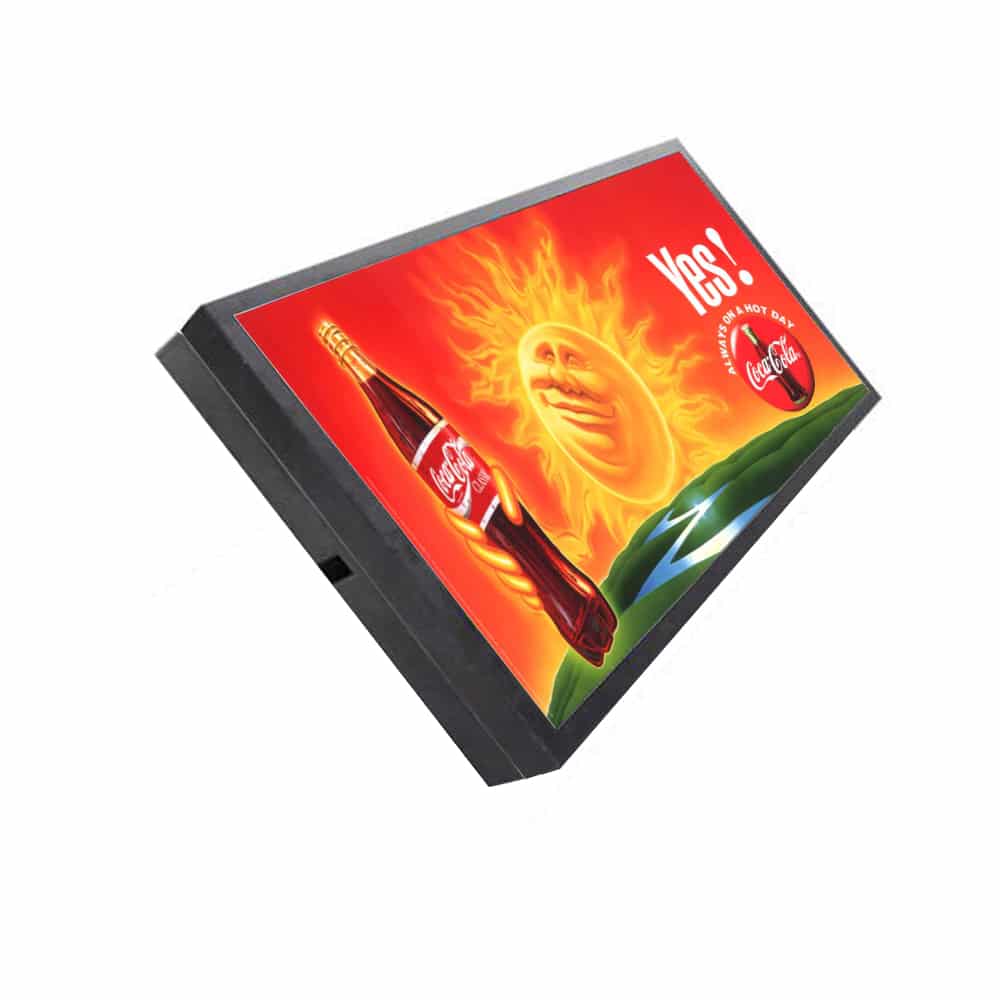 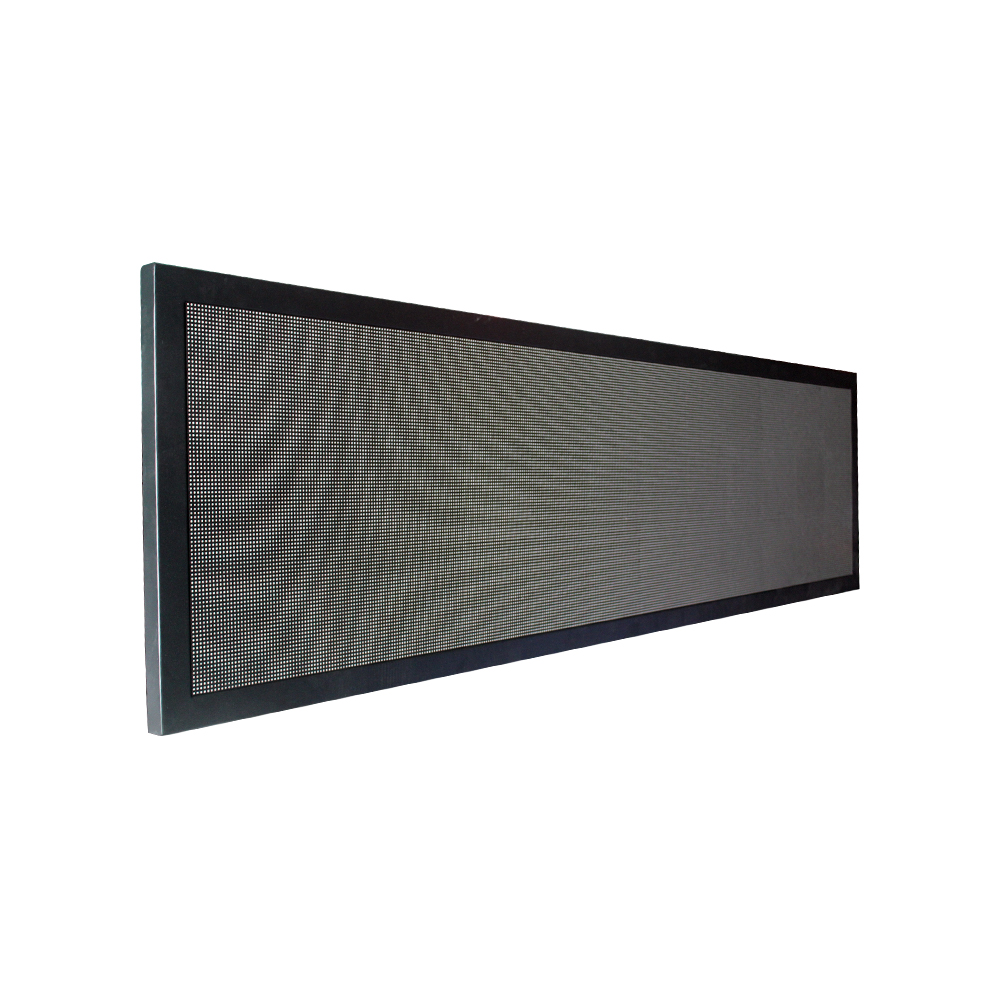 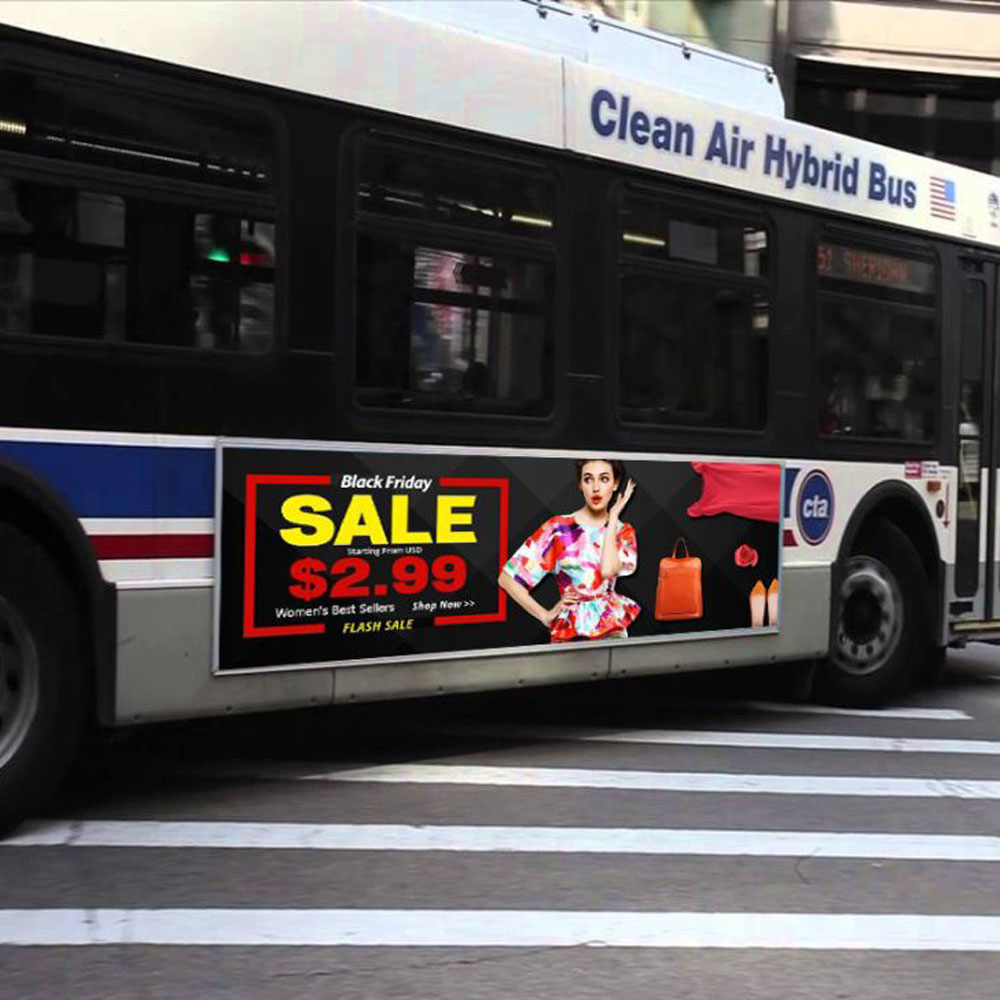 Offer superior eye level coverage and penetration, reaching commuters, workers and areas where traditional outdoor media is limited or unavailable. These advertising led displays are perfect for reaching both pedestrian and vehicular traffic. They build your brand with consumers and follows their spending power wherever they go. 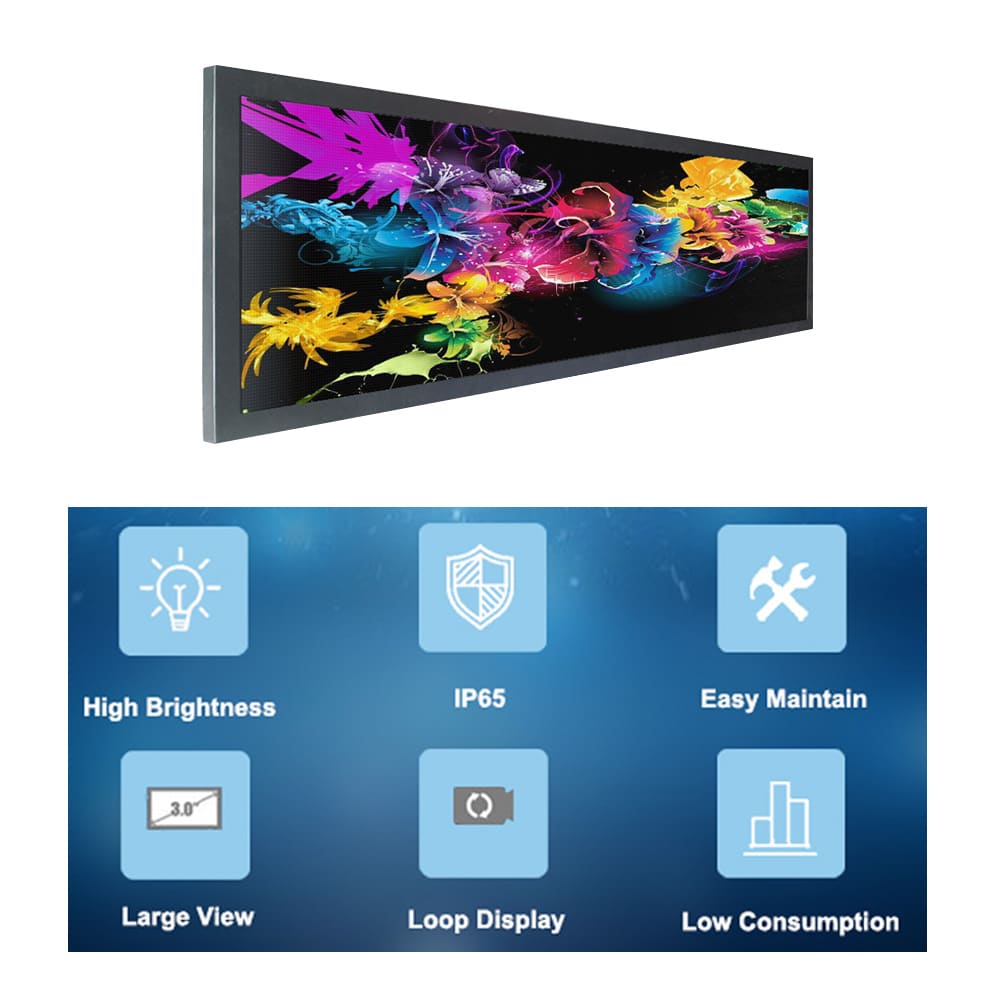 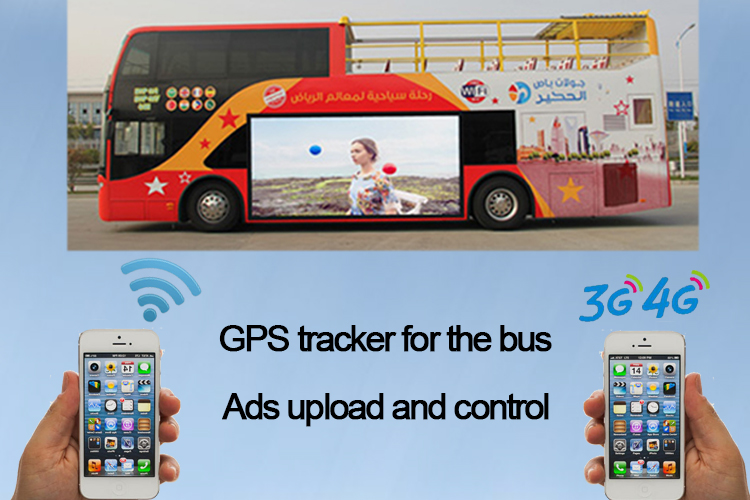 Aluminum alloy material with thin and light weight, total thickness about 100mm.
Front service maintenance, un-lock the key, users can access into and start to do trouble shot and repaire.

In every city around the world, it has hundreds or thousands of buses to give service of transportation of people from one place to another place.   And side of bus provides big space to make one traditional illustration advertising  for companies. But old illustration board has to replace old ads into new ones, is unable to update the advertising in real time as digital led screen.   With the help of led screen, it make it possible to replace bus ads in few seconds through 4G network cloud server technology.  Some BYD buses starts to make led screen at external part of buses.

Following the developing of led display technology,  led bus display is playing more role in  the city transportation system to help optimizing the efficiency of transportation-routine signage and updating status of each bus stop station, advertising space, and also providing more opportunity for clients to expose their advertising business.  It mostly increases people’s awareness over advertising at running buses at the city corners.

With the new technology of electric bus revolution,  e-bus shift the fuel driving to electricity driving on the road.  The plans for electrification of Chinese public transport are quite ambitious. To give some known examples, the city of Shenzhen by the end of 2017 had committed to reach 100 per 100 of electric bus vehicles in operation (16,500 buses), Beijing aims at the goal of 10,000 by 2020, starting from 1,320 last year. In 2018 Guanzhou issued two tenders, the first for 3,138 and the second for 1,672 battery electric buses. A total of 4,810 electric buses.  The winner BYD will provide 4,473 units of electric bus. In September 2018, Yutong Bus declared it has achieved a total sales volume of 90,000 new energy buses in France, UK, Bulgaria, Iceland, Chile, and China Macau among others (Yutong’s annual sales volume, including every kind of bus and coach, exceeds 70,000 units).